Multiple Unreliable Narrators: What I Learned from Stevenson and Faulkner

My article from the June 28, 2021 Charlotte Readers Blog:

I’ve always been attracted to novels that unfold from several points of view. As a child, the main reason I loved Robert Louis Stevenson’s Treasure Island so much was because Stevenson takes a break from narration by the boy Jim Hawkins so that Long John Silver can narrate a chapter of material that Jim could not have known about. And therein lies the essential reason to tell a story from many points of view. Each narrator only knows what she or he knows, creating all kinds of ironies for the reader, especially when more than one character describes the same events.

The 12 chapters of my new novel, The Brothers Silver (Owl Canyon Press, June 2021), unfold in ten voices, each of which has its own vocabulary and literary style, from simple first person and third person omniscient to script dialogue, surrealism, flash fiction, and stream of consciousness. For example, the narrator of the first chapter is the older Silver brother, a pre-teen suffering from post-traumatic stress disease. The sociopathic father, an inveterate gambler, narrates chapter two. The third chapter develops as dialogue between an aunt and uncle speaking New South dialect with a tinge of Yiddishkeit. In chapter four, the ego of one of the characters breaks into several component emotions, such as pride, shame, and anger, each becoming a distinct character.

Besides Treasure Island and The Sound and The Fury, several other novels influenced my approach to narration in The Brothers Silver. James Joyce’s Ulysses jumps immediately to mind. Of equal importance for me, though, is the little read Leutnant Gustl, a 1900 novella by the Austrian-Jewish writer Arthur Schnitzler. Told entirely from the point of view of a drunk soldier, Leutnant Gustl may be the first example in western literature of real stream of consciousness. Another twentieth century German novel, The Tin Drum, by Günther Grass, provides an excellent example of an obviously unreliable narrator: Oskar Matzerath, a patient in a mental hospital of diminutive stature armed with a toy drum and a glass-shattering shriek. In each chapter of his magisterial USA Trilogy, the American John Dos Passos writes primarily in third person limited, which means the speaker narrates in the third person but is able to see into the mind of one character.

The Brothers Silver traces the lives of two boys who grow up in a family haunted by mental illness, violence, drugs, and abuse. The story begins in the early 1960’s, after the parents divorce and the father becomes increasingly absent. The first chapter tracks the mother’s cycles of manic activity followed by ever deeper depressions during which the boys are left to fend for themselves, as she watches TV or sleeps day and night. The boys react in different ways to their increasingly desperate situation. The younger Leon retreats into his own depression, while the older Jules tenaciously fights a losing battle to maintain family normalcy. When older, both Leon and Jules fully participate in the social upheaval of the 1960’s and 1970’s. Drugs, cross-country hitchhiking, protests, alternative lifestyles, sexual experimentation—the Silver brothers take part in many aspects of the rebellious youth culture of those times.

Utilizing a series of unreliable narrators enabled me to get inside my characters in an immediate fashion—we don’t view their actions and words through the mediation of an omniscient and objective third person, but experience it first hand as the characters do. The contrast in how the narrators talk and think provides the storyline with a rich dialectical texture that I hope will engage readers and invigorate their imaginations.

Landis Wade interviews me about my new novel, The Brothers Silver, at the Charlotte Readers Podcast of June 25, 2021. 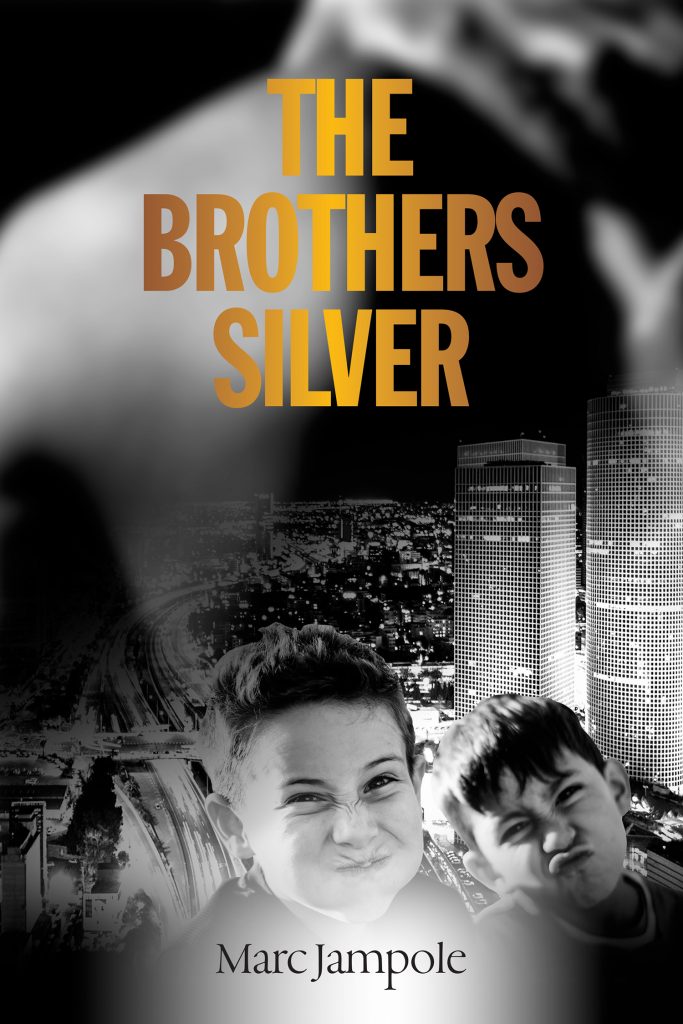 Great review of The Brothers Silver in Jewish Currents

There was a great review of The Brothers Silver by Jewish Currents. Here are some excerpts:

The Brothers Silver, the newly published first novel by poet and essayist Marc Jampole, meshes the story of an adult’s struggle to survive childhood trauma with the legacy, in the early 21st century, of the generation that came of age in the 1960s. The tale is told in a dozen voices and styles, with Jampole writing in that liminal space between narrative and lyric, and reveling in the exploration of language. The story is deeply conscious of its place in the literary tradition, subtly evoking the Bible, The Brothers Karamazov, and On the Road, to name a few. It puts the reader to be in conversation with this tradition while simultaneously letting them wrestle with the difficult themes of trauma and helplessness.

The opening lengthy chapter, which I read in one sitting, is written in verse laid out as prose and narrated in the voice of the protagonist, Jules Silver, as a child. The child’s voice sounds authentic, and the rhyme and meter emphasize the poignancy of the situation in which the brothers find themselves. Later chapters are written in various forms—dramatic monologue, dialogue, a letter. The different styles, as much as the distinct voices, each offer different perspectives and understandings of the events depicted.  – Jewish Currents, June 11, 2021

Link to website and scroll down for the complete review of The Brothers Silver by Jewish Currents.

The Chicago Review of Books Loves The Brothers Silver 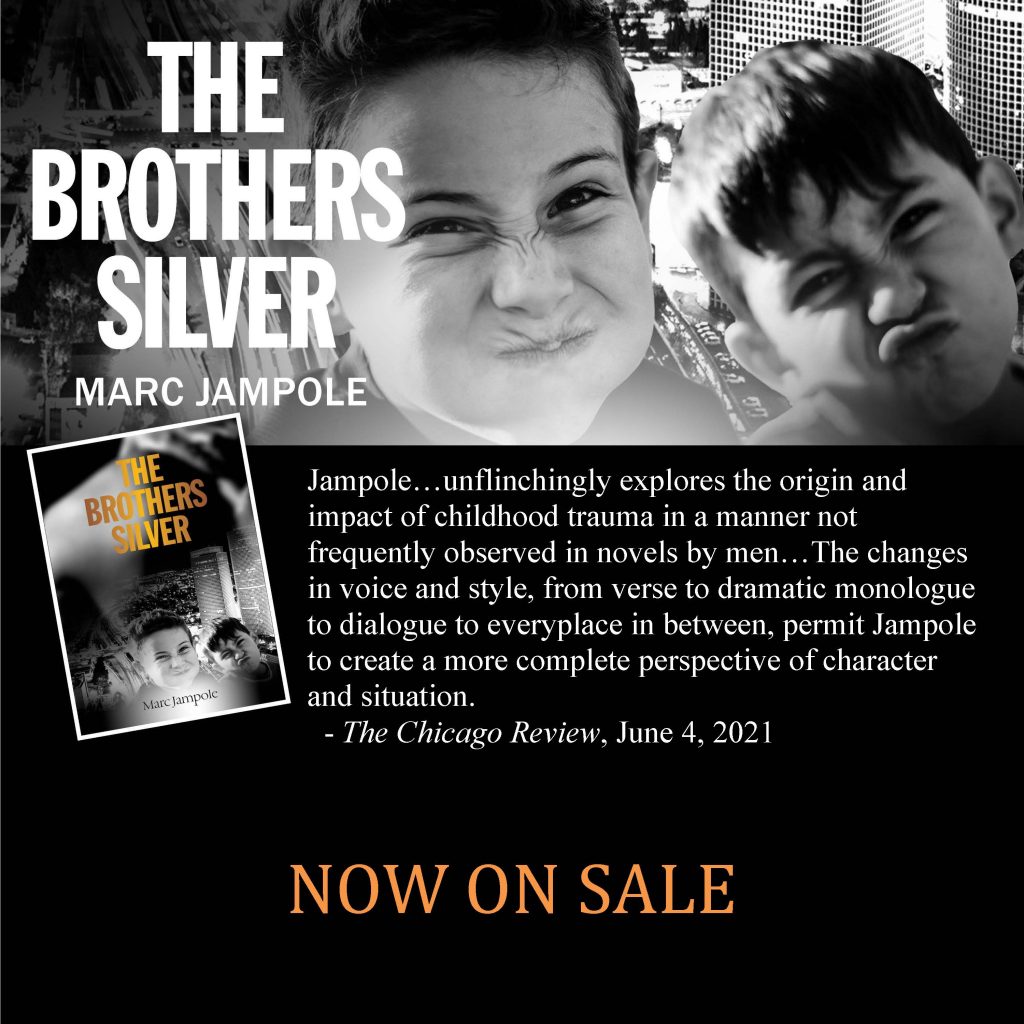 From the Chicago Review of Books 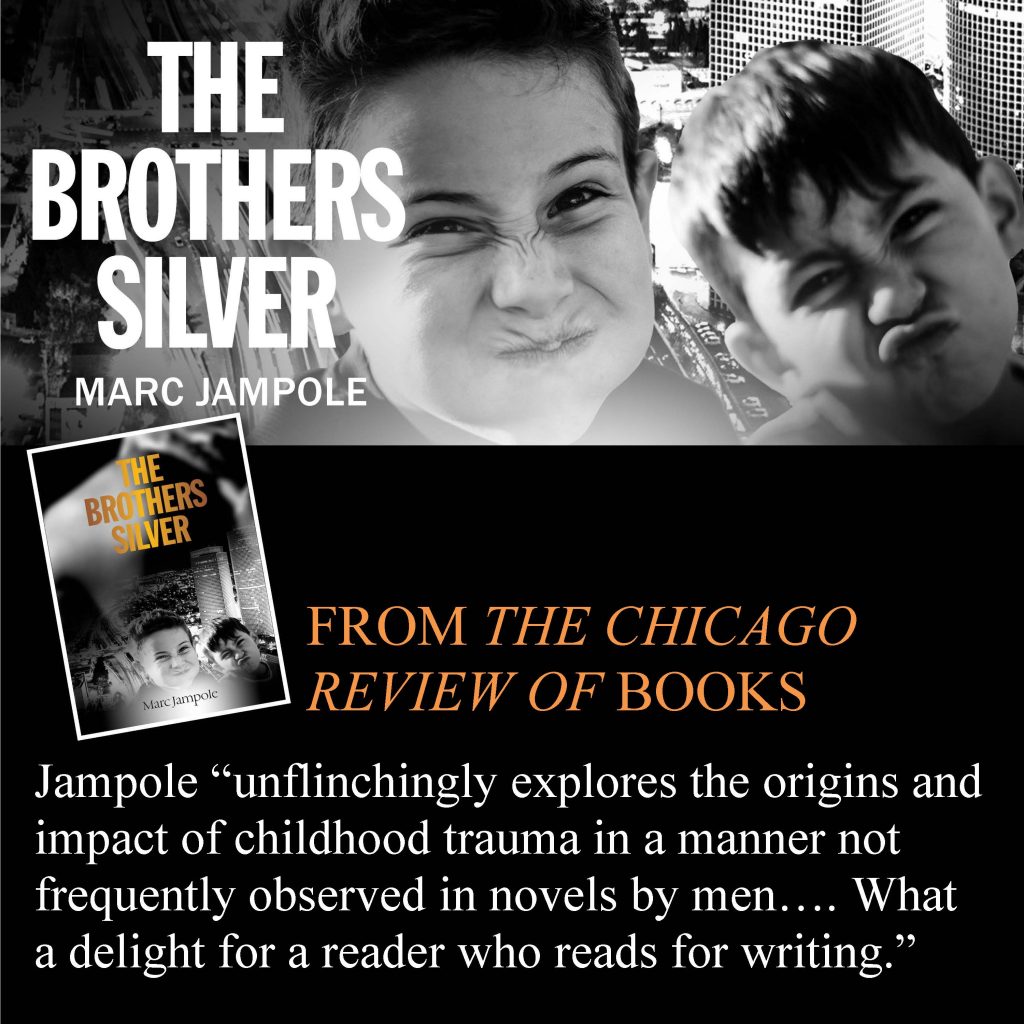 What lies in store for the Silver brothers? Recovery or turmoil?

Buy on Barnes and Noble: 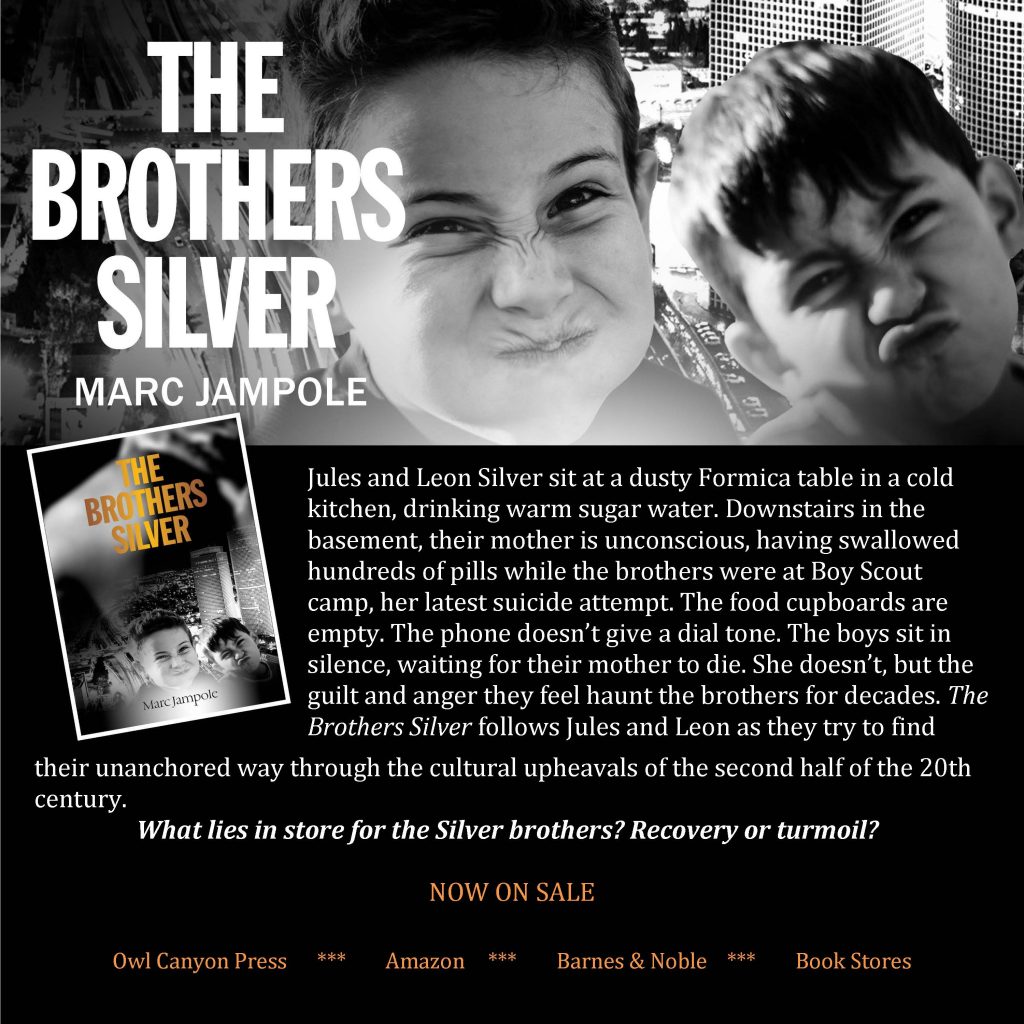 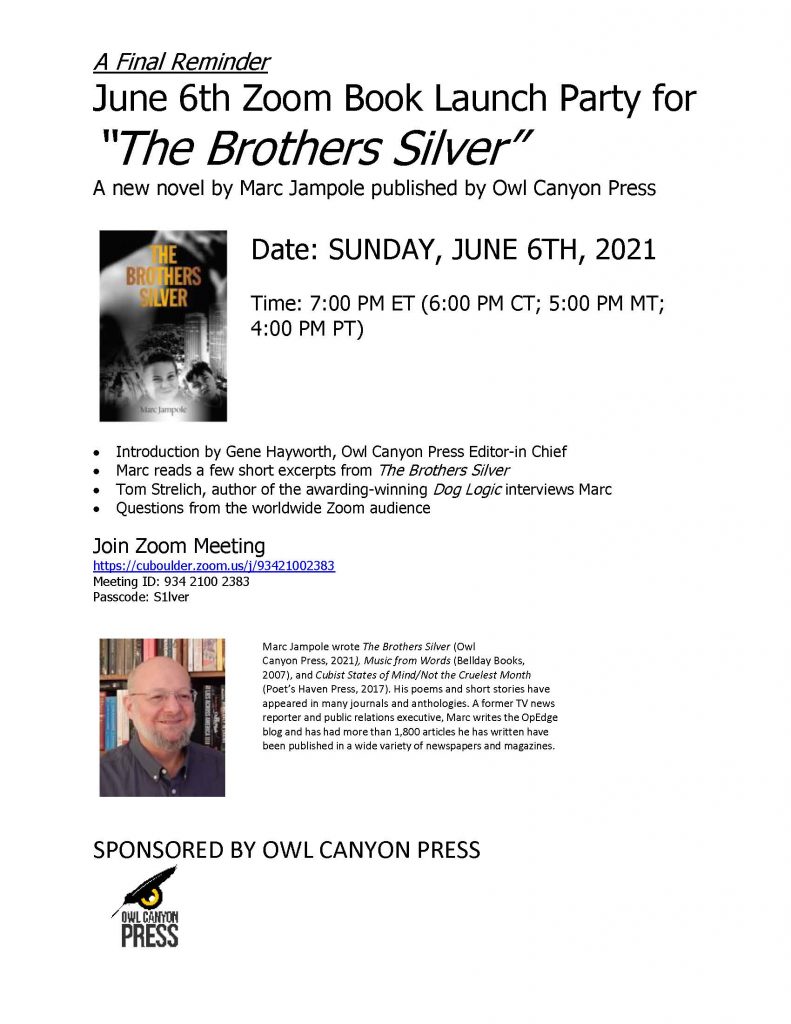 What lies in store for the Silver brothers? Recovery or turmoil? 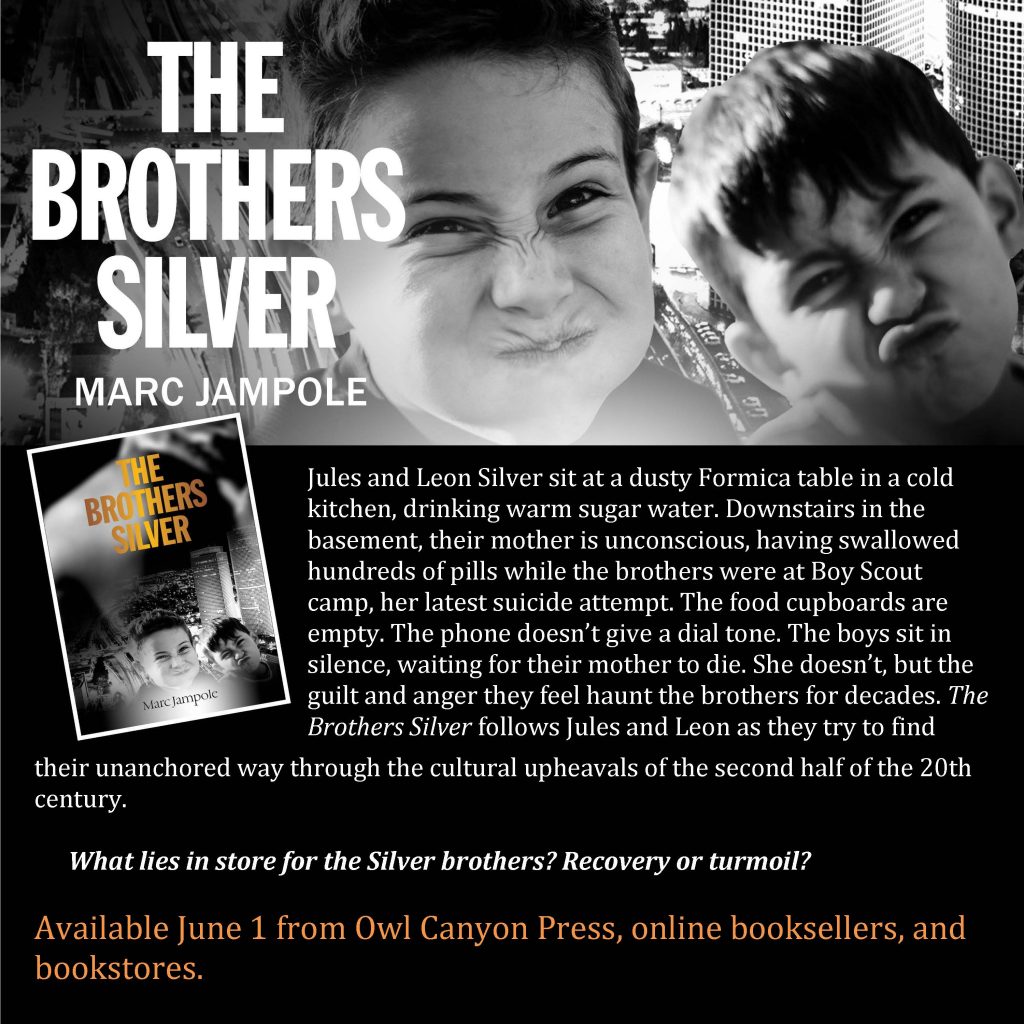 In this video, I answer the question, “What is The Brothers Silver about?” For more, link to thebrotherssilver.jampole.com/about-the-book/

Jampole’s deep and intense interest in the possibilities inherent in the use of the English language is evident from the very first page,” says Midwest Book Review about “The Brothers Silver”. 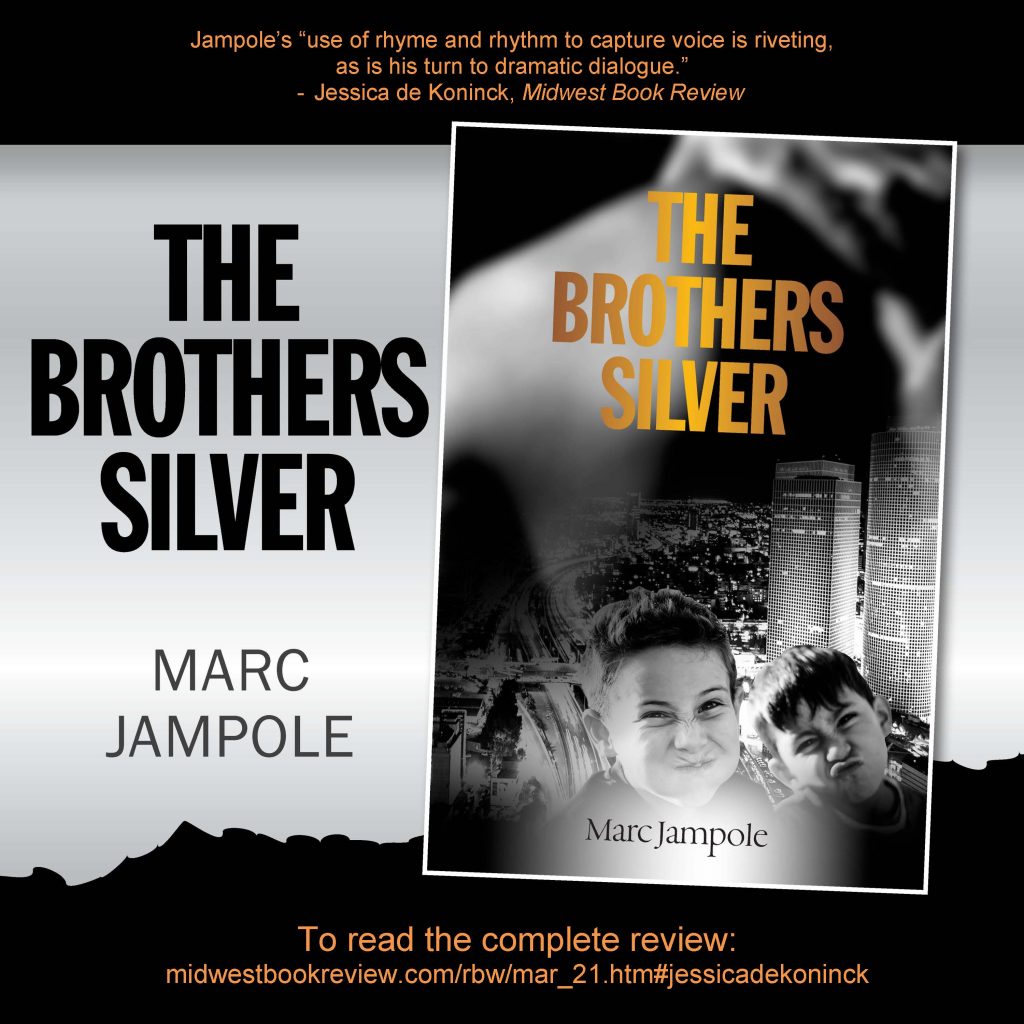