Trump doesn’t waste any time cashing in on tax victory to ask wealthy and ultra- wealthy investors for his cut. His meeting with David Koch is ignored by news media, of course.

There wasn’t anything in the news about what Donald Trump did the day after the Senate gave the current Administration an enormous win by passing a tax bill which will produce the greatest shifting of wealth from the poor and middle class to the wealthy in American history.

You might assume that like on most days, Trumpty-Dumpty played a little golf and tweeted inanities. But if you check his schedule posted online you’ll see that he jetted to New York for three fundraisers. The narcissistic ignoramus to whom the Electoral College gave the most votes last year took a victory lap with both tiny-fingered hands outstretched palms up for cash.

At 11:20 am on December 2, The Donald delivered remarks at a Trump campaign breakfast, raising money for his reelection, a slush fund that will no doubt end up feeding Trump businesses. Next at 12:35 pm came a speech at a National Republican Committee fundraiser. We can assume that the money raised at that event will fund Republican Party operations and races.

The last fundraiser, at 1:50 pm, is the most intriguing of all. All the schedule says is that Trump “speaks to a smaller group of RNC donors.”

Wonder who that smaller group was and where they met? By luck of the draw, I can give you that information.

They met in the apartment building next to the one in which my wife and I live on the Upper East Side of Manhattan. The reason I know this fact is that our street was blocked off for a few hours by sand trucks and was swarming with local police and Secret Service agents, one of whom told us it was Trump who was coming. A special receiving tent was erected at the side entrance to the building where the overgrown orange infant was headed. No one was allowed to walk on the street, and when we left, we were told that to get back into our building, we would have to supply identification. Just as we were leaving for the afternoon, we saw a procession of limousines arrive. At the end of the article you can find two photos that suggest how elaborately authorities cordoned off the area for Trump’s visit.

The building in question is 740 Park Avenue, a long-time New York symbol of ultra-wealth. 740 Park has its own Wikipedia page and a book has been written about it, 740 Park: The Story of the World’s Richest Apartment Building by Michael Gross. Some of the current or former inhabitants of 740 include Jacqueline Kennedy Onassis (whose grandfather built it), John D. Rockefeller, Saul Steinberg, Steve Schwarzman, Ronald Lauder, Ronald Perelman, Vera Wang, John Thain and Steve Ross, most of whom are certified billionaires.

While the Donald may have been visiting any of the thirty odd ultra-wealthy tenants in this venerable Art Deco building, I will state with extreme confidence he was there to see David Koch, of the infamous Koch brothers, the main organizers of the juggernaut of rightwing money that has funded conservative think tanks, backed conservative politicians and advocated for lower taxes and deregulation for the past few decades.

As Jane Mayer’s Dark Money details, the Koch brothers, sons of an original founder of the John Birch Society, are the primary organizers of the 40-year campaign of a small coterie of billionaires to change the American political agenda for their own selfish ends. Her book explains the process by which our country has reached the point at which it is overwhelmingly centrist-looking-left but controlled by right-wingers, especially at the state level. It explains how the Democrats could outvote the Republicans by millions and still not have a majority in the U.S. House of Representatives. It explains why the mass media focuses on inessential issues such as the deficit or promulgates ridiculous myths such as the social value of lowering taxes and the idea that science is unsure about global warming.

In her update of Dark Money that includes what happened in 2016, Mayer reports that the Kochs kept a billion dollars in their and their associates’ pockets during the last election cycle that they had planned to spend to sway the 2016 presidential election for just about any Republican candidate other than Donald Trump. Yet even though the Kochs sat on their hands in the 2016 election, they are now deeply embedded in the Trump Administration. Mayer reports that the Trump administration is crawling with Koch operatives and lobbyists. Mike Pence was the Koch’s first choice for president in 2012 and has received significant financial support from the Kochs in the past. The Kochs set new CIA Director Mike Pompeo up in business and have provided him with financial support throughout his political career. Then there’s the cabinet, that skewers towards the kind of anti-regulation, pro-oil, climate deniers that the Koch Bro’s love to love. Did Trump say he would “drain the swamp” or “join the swamp?”

In the meeting with Koch and friends, we can only imagine the self-serving bombast with which Trump overstated his role in getting the “Tax Cuts and Jobs Act” (AKA the “Despoiling of the Middle Class by the Wealthy Act”) passed. He certainly didn’t turn any Democrats, and I doubt that he was the reason that the hypocrites John McCain and Jeff Flake decided to vote for the tax heist. I doubt it was Trump who convinced Lisa Murkowski and Susan Collins that 13 million was an acceptable number of Americans to lose their healthcare to fund vast tax giveaways to millionaires, multimillionaires and billionaires. And he certainly didn’t influence the public or businesses, since every survey showed that the vast majority of Americans and American business owners and operators were vehemently opposed to the bill. In retrospect, his main role in force feeding this dangerous legislation through Congress was to keep embarrassing himself with tweets about his various feuds that dominated the top of the news, pushing the awful details of the tax bill to less prominent coverage.

It could be a coincidence that Trump paid homage to Koch and pals the day after the Senate passed the bill, since the signs that there would be no parking on Saturday December 2 had been up on Park Avenue all week. On the other hand, the timing was convenient. Not even waiting 24 hours to beg for money seems completely in character for the crass, tone-deaf Trump.

Trump wants money from David and Charles Koch and their ultra-wealthy cronies, to be sure—for his reelection, for his various business ventures that can profit from campaign expenditures and for the dozens of lawyers he is employing related to the Mueller investigation into Trump’s probable collusion with the Russians during the election and his ham-handed attempts to cover it up. I imagine he would also like Koch to support candidates least likely to vote for impeachment.

I doubt that the erratic, pompous, crude and ignorant Trump mixed all that well with the patrician and hardheaded Koch crowd. I see so many funny ways the meeting played out—Did Koch serve fast food hamburgers because he knows that’s what the Donald likes to eat? Or did Trump take one look at a spread of various tapas, sushi or crudities and dig into his pocket for a candy bar? What comparison to his own garish nouveau riche home and hotels did he make upon seeing the Koch’s furnishings? How crude was he in asking for the bucks? How many overblown guarantees did he make?

The Kochs already have just about everything they wanted from the 2016 election. The tax law will save them tens of millions of dollars right away, and billions more for their heirs at their deaths. The current administration is rapidly undoing a generation of regulations that protect the environment and level the playing field between large corporations and everyone else. The federal government is turning its back on climate change policies. The Department of Education is focusing its energies on privatization. There can be no doubt that the Koch crew would feel more comfortable with Mike Pence as president, or Paul Ryan if Pence has to resign because he helped to collude or cover-up. They’ll be less happy if the Democrats sweep in 2018 and Nancy Pelosi ends up in the White House. My guess then is that once Mueller has presented his evidence of “high crimes and misdemeanors,” Republicans will abandon Trumpty-Dumpty, impeach and convict if Trump does not resign first.

Mike Pence, Paul Ryan, or the current occupant of the Oval Office—whoever is officially in charge by the summer of 2018, the Kochs and their fellow billionaires will continue to pull the strings. And one way or another, the 2018 election—like that of 2000, 2010 and 2016—will be one of the most important in U.S. history. Times are desperate for America, and certainly for the left. The side that wants a polluted, poorly educated nation of rich and poor has the money and the structural advantage they gained from gerrymandering after the 2010 election and creating a multitude of state laws that make it harder to register and to vote. All the American people have is the vote itself. 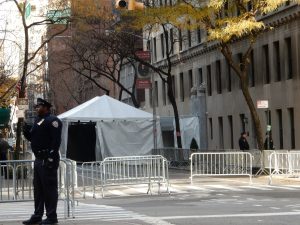 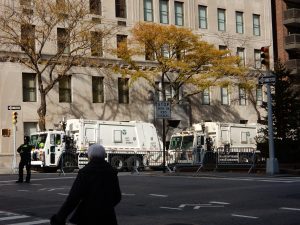